What Is Time-Series Forecasting?

As data becomes ubiquitous, measuring change is vital to understanding the world. Here at Timescale, we use our PostgreSQL and TimescaleDB superpowers to generate insights into the data to see what and how things changed, but also when they changed—that’s the beauty of time-series data. But, if you have data showing past and present trends, can you predict the future? Cue in time-series forecasting.

In the simplest terms, time-series forecasting is a technique that utilizes historical and current data to predict future values over a period of time or a specific point in the future. By analyzing data that we stored in the past, we can make informed decisions that can guide our business strategy and help us understand future trends.

There are plenty of forecasting techniques to choose from, and this article will help you acquire a basic understanding of the most popular ones. From simple linear regression models to complex and vast neural networks, each forecasting method has its own benefits and drawbacks.

Let’s check them out.

Quite a few industries and scientific fields are utilizing time-series forecasting. Some of the most relevant ones include:

As you can see, the list is already quite long, but the truth is that anyone who has access to accurate historical data can utilize time-series analysis methods to forecast future developments and trends.

When Is Time-Series Forecasting Useful?

Even though time-series forecasting may seem like a universally applicable technique, there are some limitations that developers need to be aware of. Because forecasting isn’t a strictly defined method but rather a combination of data analysis techniques, analysts, and data scientists need to consider the limitations that the prediction models hold, as well as the data itself.

The most crucial step when considering time-series forecasting is understanding your data model and knowing which business questions need to be answered using this data. By diving into the problem domain, a developer can more easily distinguish random fluctuations from stable and constant trends in historical data. This will come in handy when tuning the prediction model to generate the best forecasts and even considering which forecasting method to use.

When using time-series analysis, some data limitations need to be considered. Common problems include generalizing from a single data source and difficulty in obtaining appropriate measurements and accurately identifying the correct model to represent the data.

What to Consider When You Do Time-Series Forecasting

There are quite a few factors associated with time-series forecasting, but the most important ones include the following:

The amount of data is probably the most important factor (assuming that the data is accurate). A good rule of thumb would be the more data we have, the better our model will generate forecasts. This also makes it much easier for our model to distinguish between trends and noise in the data.

✨
Editor's Note: Optimizing your database ingest rate is critical when working with large amounts of data—learn how to do it in this blog post.

Data quality entails some basic requirements, such as having no duplicates, a standardized data format, and for the data to be collected consistently or at regular intervals.

Seasonality means that there are distinct periods of time when the data contains consistent irregularities. For example, if an online web shop analyzed its sales history, it would be evident that the holiday season results in an increased amount of sales. In this example, we can deduce the correlation intuitively, but there are many other examples where analysis methods such as time-series forecasting are needed to detect such consumer behavior.

Trends are probably the most important information you are looking for. They indicate whether a variable in the time series will increase or decrease in a given period. We can also calculate the probability of a trend in order to make even more informed decisions with our data.

Unexpected events (sometimes also referred to as noise or irregularities) can always occur, and we need to consider that when creating a prediction model. They present noise in historical data, and they are also not predictable.

Below you can find a basic overview of several forecasting methods that we covered and the theory behind them:

Time-series decomposition is a method for explicitly modeling the data as a combination of seasonal, trend, cycle, and remainder components instead of modeling it with temporal dependencies and autocorrelations. It can either be performed as a standalone method for time-series forecasting or as the first step in better understanding your data.

When using a decomposition model, you need to forecast future values for each of the components above and then add these predictions together to find the most accurate overall forecast. Some of the most relevant forecasting techniques using decomposition are Seasonal-Trend decomposition using LOESS, Bayesian structural time-series (BSTS), and Facebook Prophet.

Time-series decomposition refers to a technique that decomposes time-series data into the following four components:

Decomposition based on rates of change

Decomposition based on rates of change is a crucial technique when it comes to analyzing seasonal adjustments. The technique constructs several component series, which, when combined (using additions and multiplications), result in the original time series. Each of the components has a certain characteristic or type of behavior, and they usually include:

where yt is the time-series data, Tt is the trend component, Ct is the cycle component, St is the seasonal component, and It is the remainder.

Time-series regression is a statistical method of forecasting future values based on historical data. The forecast variable is also called the regressand, dependent or explained variable. The predictor variables are sometimes called the regressors, independent or explanatory variables. Regression algorithms attempt to calculate the line of best fit for a given dataset. For example, a linear regression algorithm could try to minimize the sum of the squares of the differences between the observed value and predicted value to find the best fit.

The coefficients β0 and β1 denote the line's intercept and slope. The slope β1 represents the average predicted change in y resulting from a one unit increase in x:

It’s important to note that the observations aren’t perfectly aligned on the straight line but are somewhat scattered around it. Each of the observations yt is made up of a systematic component of the model (β0 + β1 * xt ) and an “error” component (εt). The error component doesn’t have to be an actual error; the term encompasses any deviations from the straight-line model.

As you can see, a linear model is very limited in approximating underlying functions, which is why other regression models may be more useful, like Least squares estimation and Nonlinear regression.

When it comes to time-series forecasting, data smoothing can tremendously improve the accuracy of our predictions by removing outliers from a time-series dataset. This leads to increased visibility of distinct and repeating patterns that would otherwise be hidden between the noise.

Thus, an autoregressive model of order p can be written as:

where εt is white noise. This is like a multiple regression model but with delayed values of yt as predictors. We refer to this as an AR(p) model, an autoregressive model of order p.

On the other hand, a moving average model uses a linear combination of forecast errors for its predictions:

where εt represents white noise. We refer to this as an MA(q) model, a moving average model of order q. The value of εt is not observed, which means we can’t classify it as a regression in the usual sense.

If we combine differencing with autoregression and a moving average model, we obtain a non-seasonal ARIMA model. The full model can be represented with the following equation:

where y′t is the differenced series (more on differencing can be found here). The “predictors” on the right-hand side are a combination of the lagged values yt and lagged errors. This model is called an ARIMA( p, d, q) model. The parameters of the model are:

The SARIMA model (Seasonal ARIMA) is an extension of the ARIMA model. This is achieved by adding a linear combination of seasonal past values and forecast errors.

Neural networks are also gaining traction regarding tasks such as classification and prediction. Recent studies have shown that a neural network is able to approximate any continuous function sufficiently well for time-series forecasting. While classical methods like ARMA and ARIMA assume a linear relationship between inputs and outputs, neural networks are not bound by this constraint. They are able to approximate any nonlinear function without prior knowledge about the properties of the data series.

Neural networks such as multilayer perceptrons (MLPs) offer multiple advantages that make them worth considering:

A lot of time series contain complex and multiple seasonal patterns (e.g., hourly data containing a daily pattern, weekly pattern, and annual pattern). The most popular models (e.g., ARIMA and exponential smoothing) can only account for one seasonality.

A TBATS model can deal with complex seasonalities (e.g., non-integer seasonality, non-nested seasonality, and large-period seasonality) with no seasonality constraints, making it possible to create detailed, long-term forecasts. But there is also a drawback to using TBATS models. They can be slow when calculating predictions, especially with long time series.

TBATS is an acronym for some of the most important features that the model offers:

Time-series forecasting is a powerful method for predicting future trends and values in time-series data. Time-series forecasting may hold tremendous value for your business development if you have access to historical information with a time component. While there is a myriad of forecasting methods to choose from, most of them are focused on specific situations and types of data, which makes it relatively easy to choose the right one.

If you are interested in time-series forecasting, take a look at this tutorial about analyzing Cryptocurrency market data. By using a time-series database like TimescaleDB, you can ditch complex analysis techniques that require a lot of custom code and instead use the SQL query language to generate insights.

The open-source relational database for time-series and analytics.
This post was written by
8 Sep 2022 10 min read
General
Contributors
Share 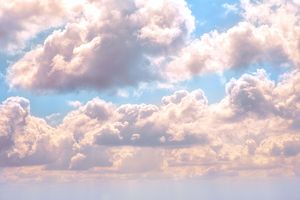 Timescale Cloud provides a balance between a familiar developer platform and a flexible database for modern applications while retaining the ease and scalability of modern cloud services. 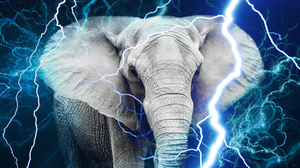 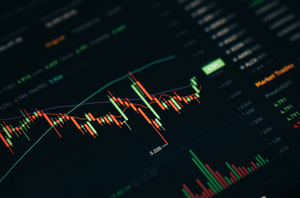 They’re so fast we can’t catch up! Check out our benchmarks with two datasets to learn how we used continuous aggregates to make queries up to 44,000x faster, while requiring 60 % less storage (on average).